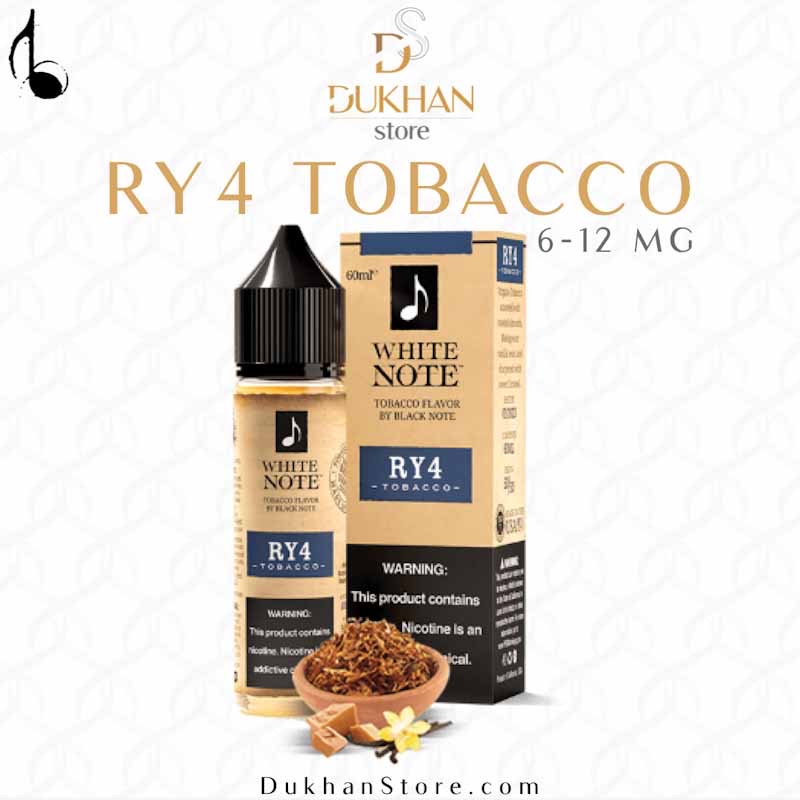 RY4 is one of the oldest e-liquid flavors for vaping with a rich history and it continues to evolve as e-liquid artists update this profile with new twists. RY4 is an umbrella term for a flavor profile that incorporates three basic component flavors: a tobacco base (usually mild and understated, but occasionally stronger and more up front), caramel, and vanilla.

Virginia tobacco was created by accident in 1839, when a slave in Virginia named Stephen inadvertently fell asleep while overseeing the fires lit in the barns to dry the harvested tobacco. He had entered the barn when the leaves were bright yellow, then recharged the fires so the leaves could continue the drying process until they were their usual brown. But his falling asleep allowed the fires to flare up, creating a sudden drying heat that fixed the bright yellow color onto the leaf. The bright yellow color was accompanied by the pleasant, sweet smell of caramelized sugar – and a massive success with the French women who had just started smoking at the time. Its popularity continued to grow over the years, making Virginia one of the most common tobaccos in the world today.