prev
next
Only 1 left in stock 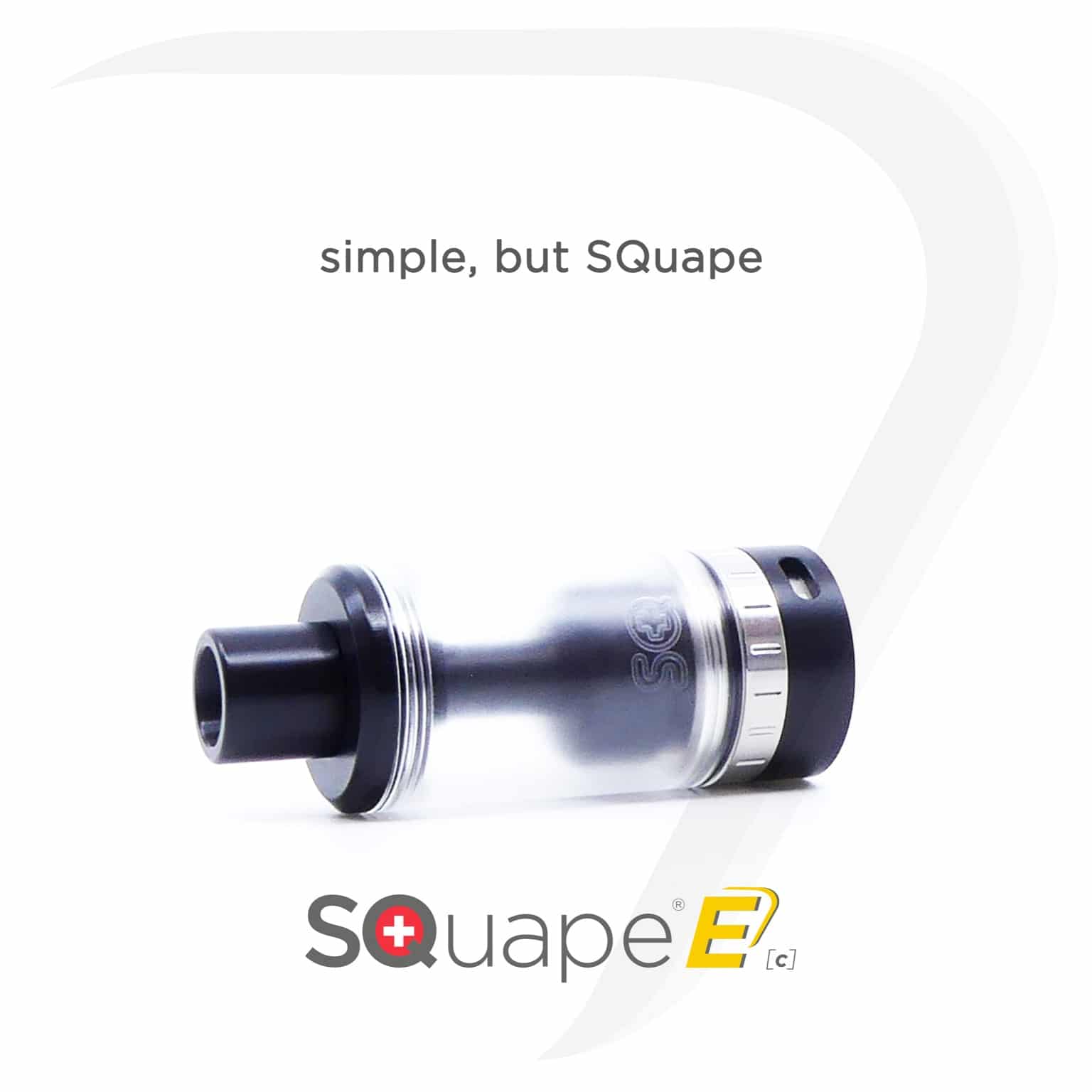 The SQuape E[c] is a cut-down and more affordable version of the SQuape E[motion]. It is a rebuildable tank atomiser which was developed and produced in its entirety in Switzerland. The SQuape E[c] is made by StattQualm to be used for the vaporisation of e-liquid. While the bases of the E[c] and E[motion] are identical, the entire stainless steel tank section was replaced with a simple PMMA tank. With this change, the TopFill system is no longer needed and it is very reminiscent of the popular SQuape R[eloaded] and R[s].
Short circuits are virtually impossible, through clever design of current conduction, as well as due to the nonconductive surface of the whole atomiser-chamber (consisting of ematalised and anodised aluminum).
The SQuape E[c] is a further development of the SQuape R[eloaded] and R[s]. The atomiser is ideal for both beginners and experienced vapers. Three different decks are available for the SQuape E[c]: Deck We, Deck Be and Deck De and is fully compatible with the SQuape E[motion]. In contrast to the SQuape R, the SQuape E[c] has improved poles for mounting the wire as well as a considerably softer airflow. It is ideal for both OpenDraw and, with the addition of the MTL kit, for mouth-to-lung vapers.

Note: It is necessary to install the enclosed deck before use (see drawing in the manual)
Note2: The tank is made of PMMA, which has been thermally deburred and is therefore very strong. Nevertheless, it should be noted that aggressive liquids – so-called tank killers – can attack the PMMA.