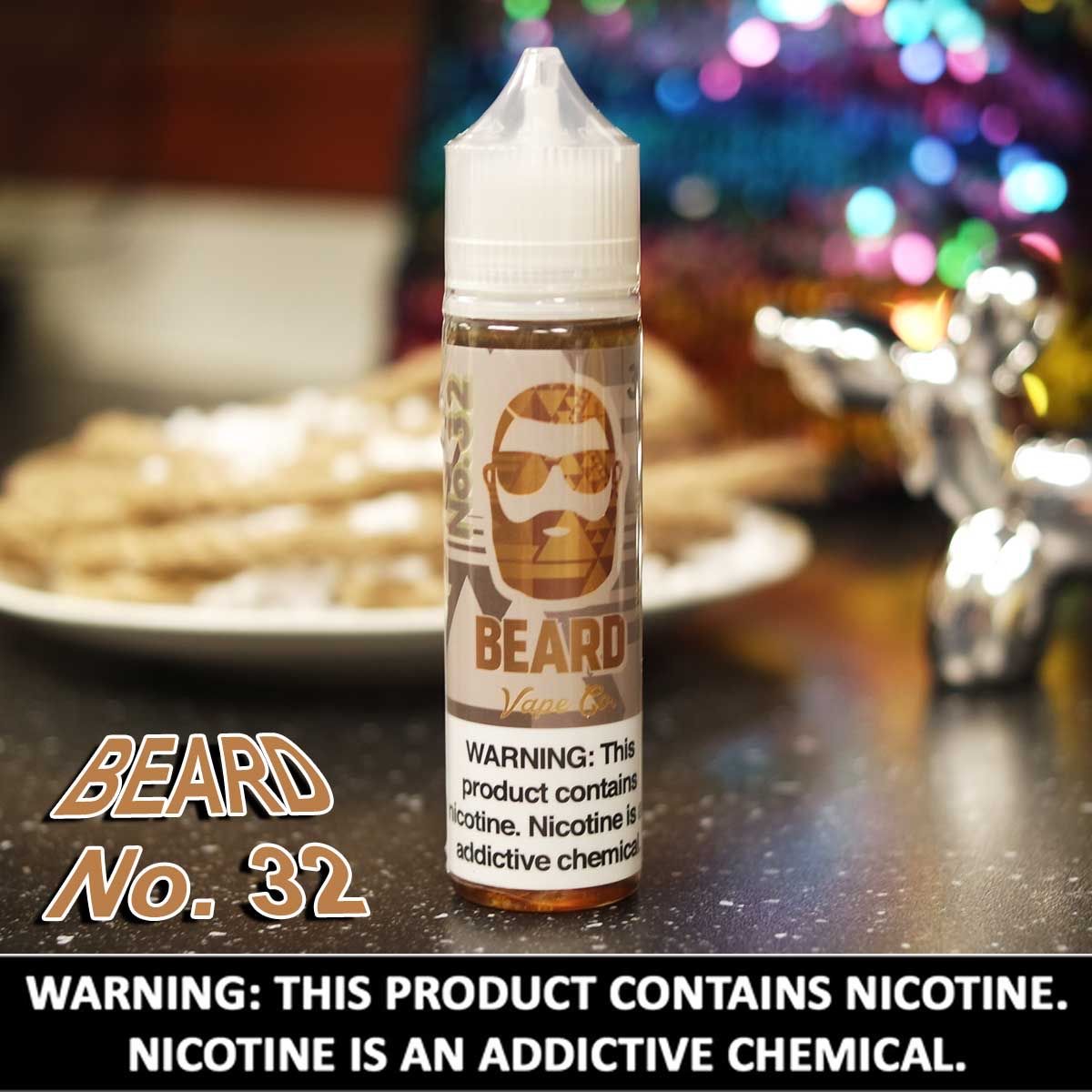 No 32 E Juice by Beard Vape Co takes on a wonderful cinnamon funnel cake flavor profile, and to us, it is a very accurate representation of the actual dessert flavor.

No 32 provides an inhale that brings forth a delicious and calming cinnamon sensation that is accompanied by a slight funnel cake undertone.

Upon exhaling is when the funnel cake really starts to become the star of the show while the cinnamon flavor sensation starts to fall into a more supportive role.

Usually, strong dessert flavored liquids produce a strong and rough throat hit, one that normally causes a lot of coughing. With No 32 by Beard Vape Co, this is not the case. You can expect a very smooth throat hit even though the flavor production of this vape juice is completely off of the charts.

No 32 is Beard Vape Co’s most successful e juice flavor and is carried not only at E Cigarette Empire, but in vape shops all over the world. It is single-handedly one of the best selling vape juices in the United States.

Beard Vape Co has stated that they filed a PMTA Application for all of their current flavors that are still being manufactured with No 32 E Juice being included.